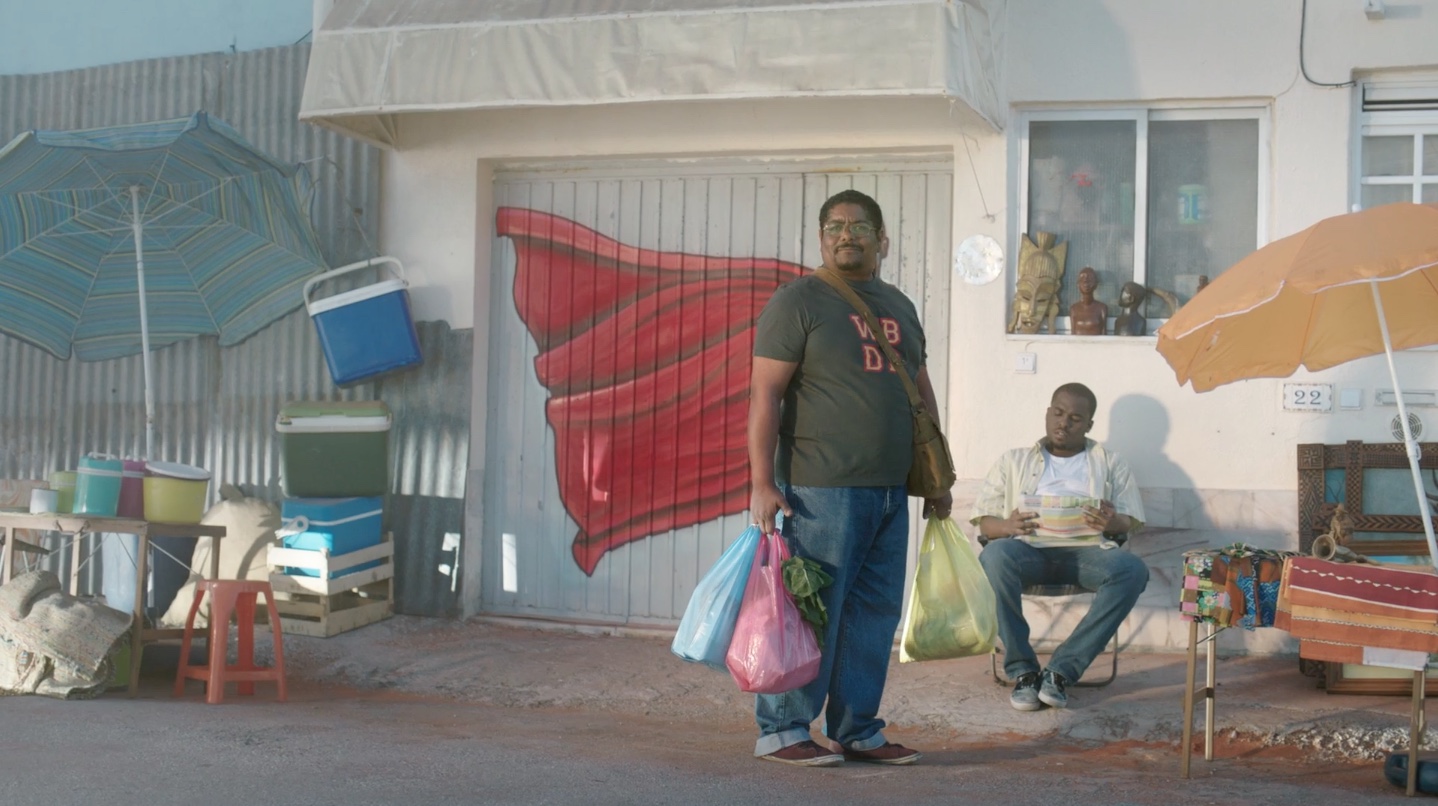 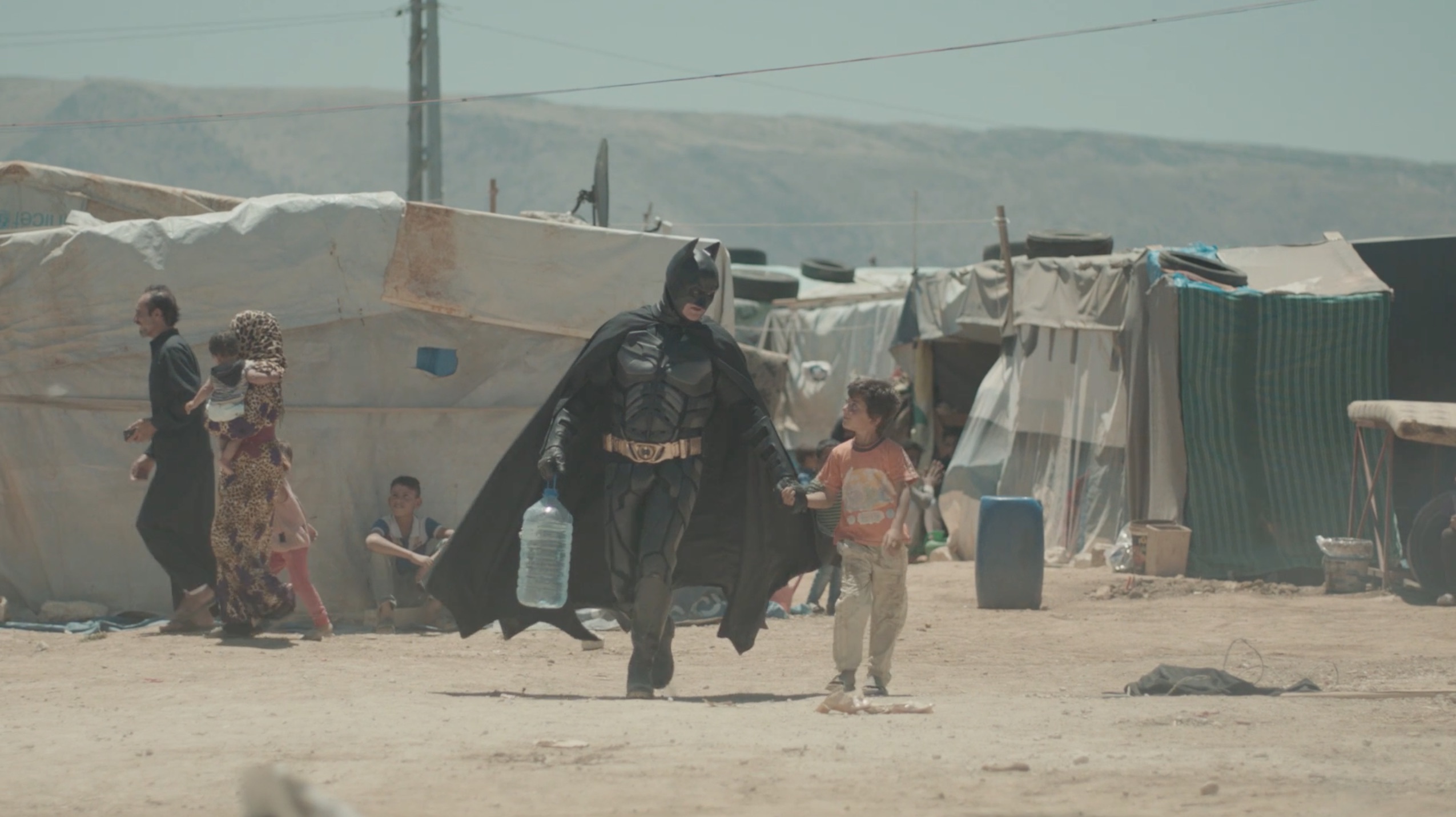 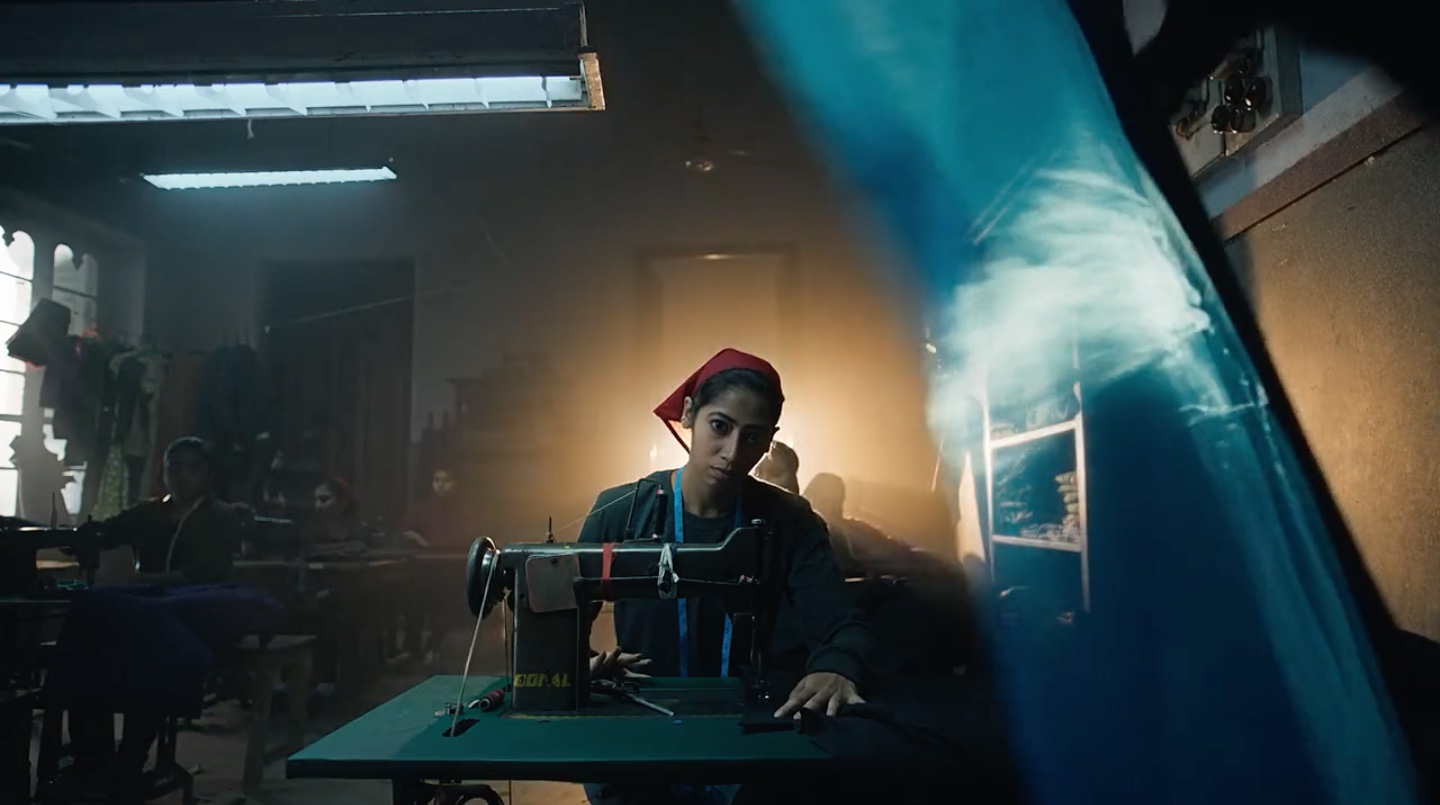 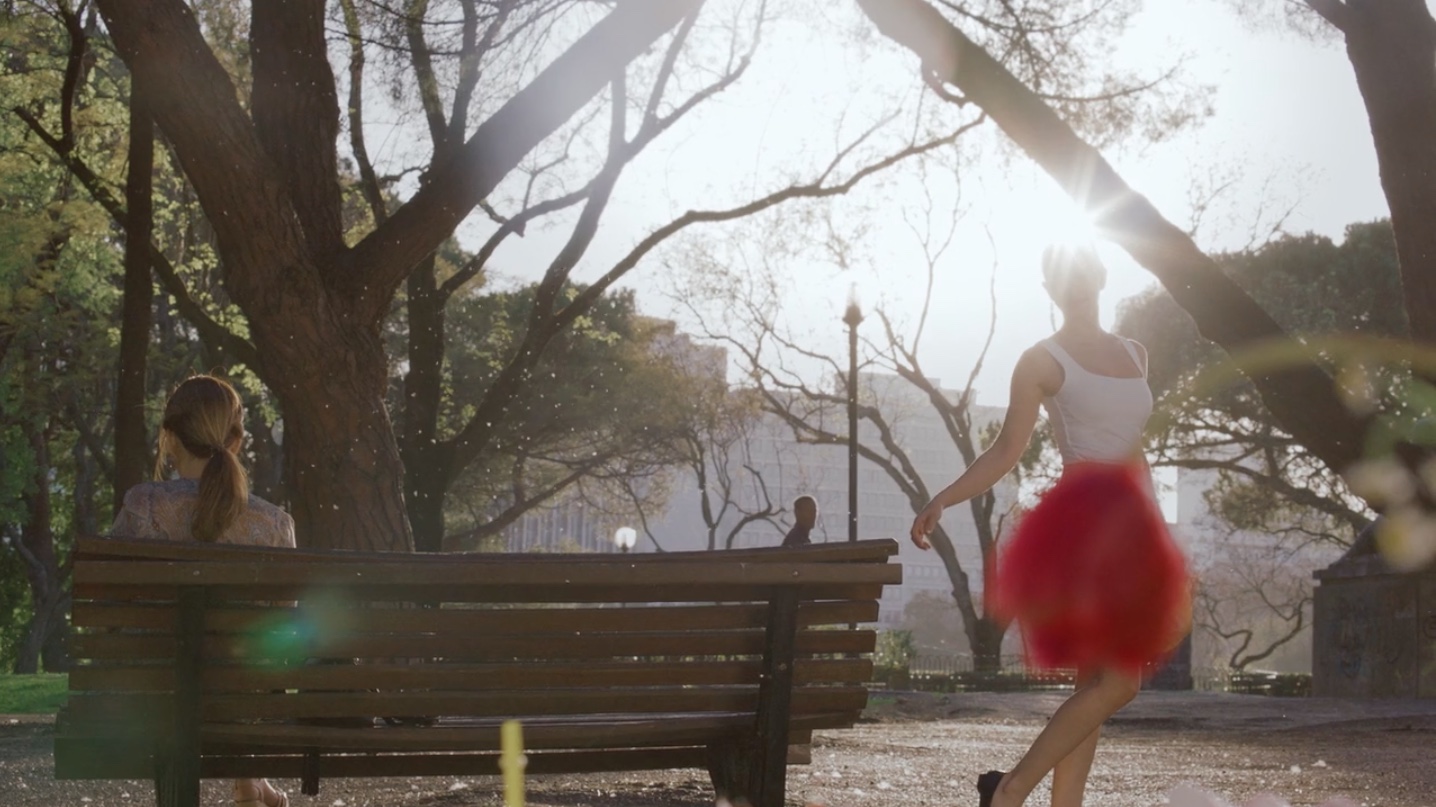 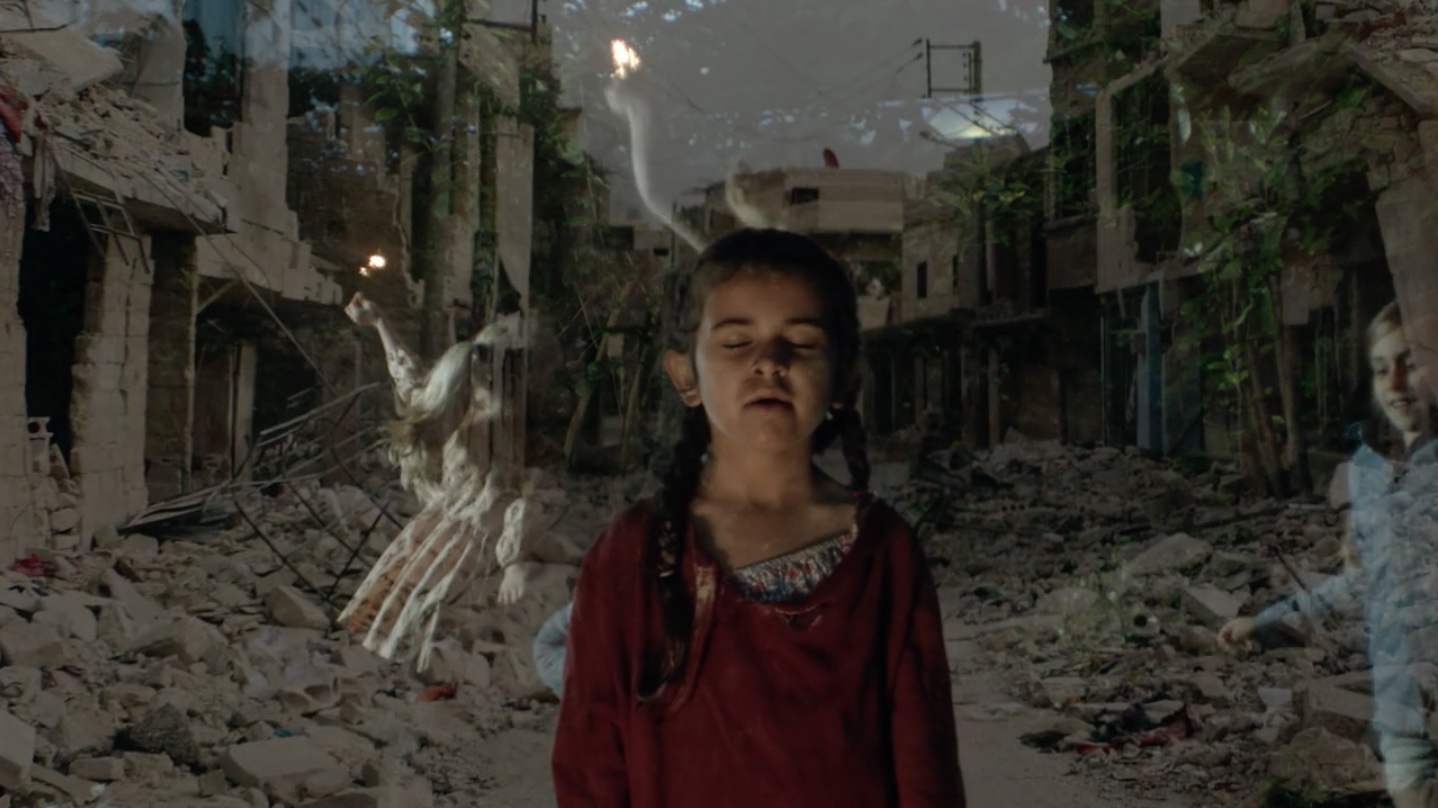 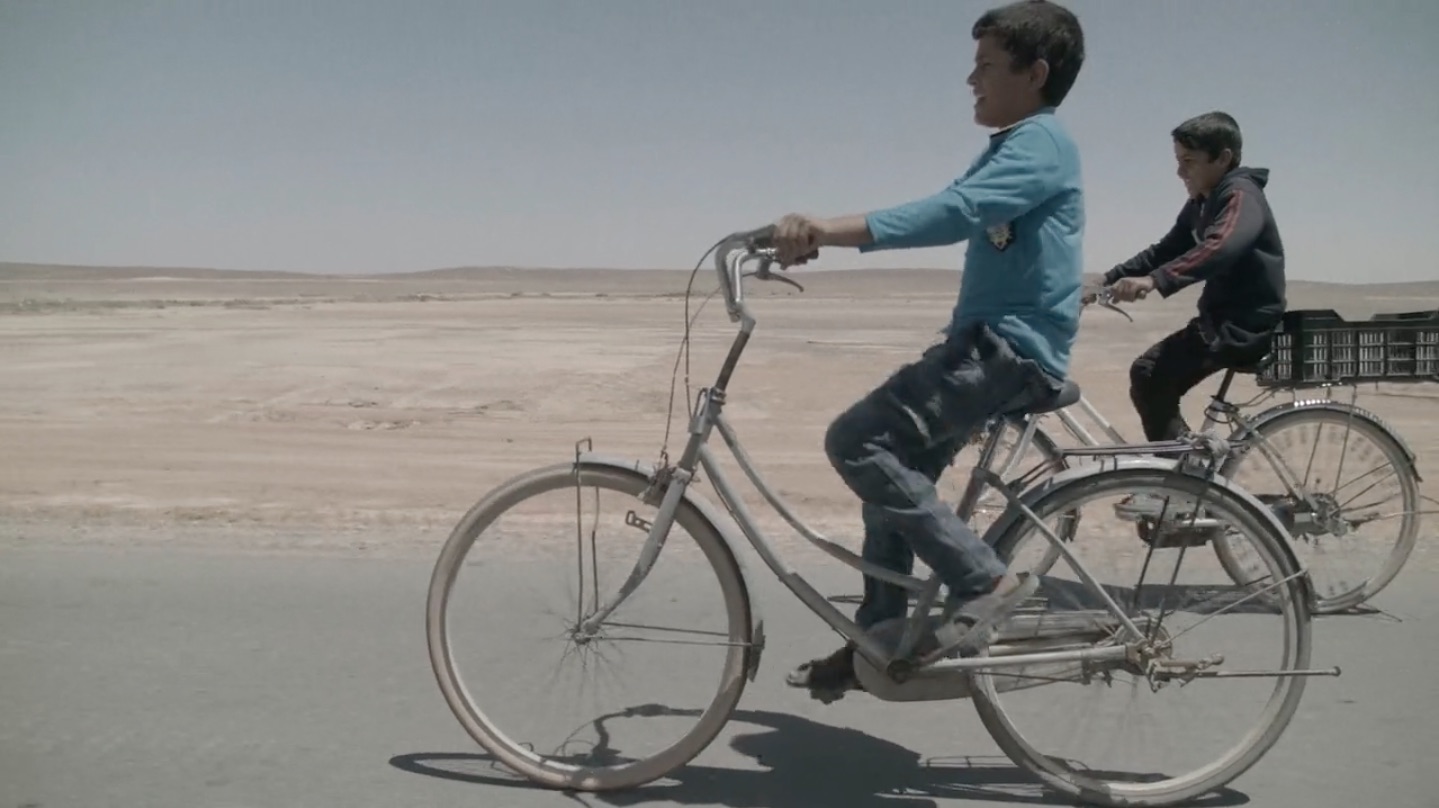 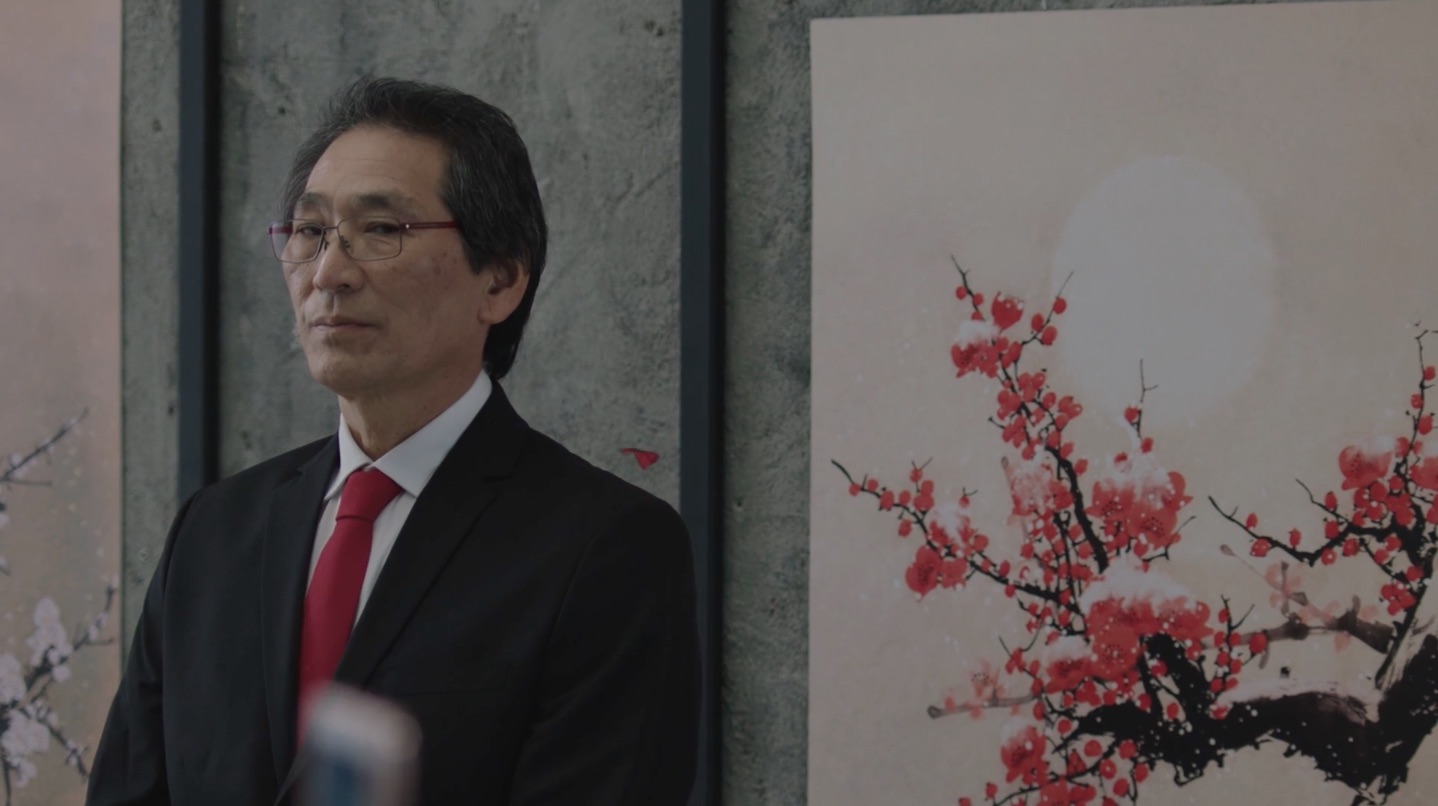 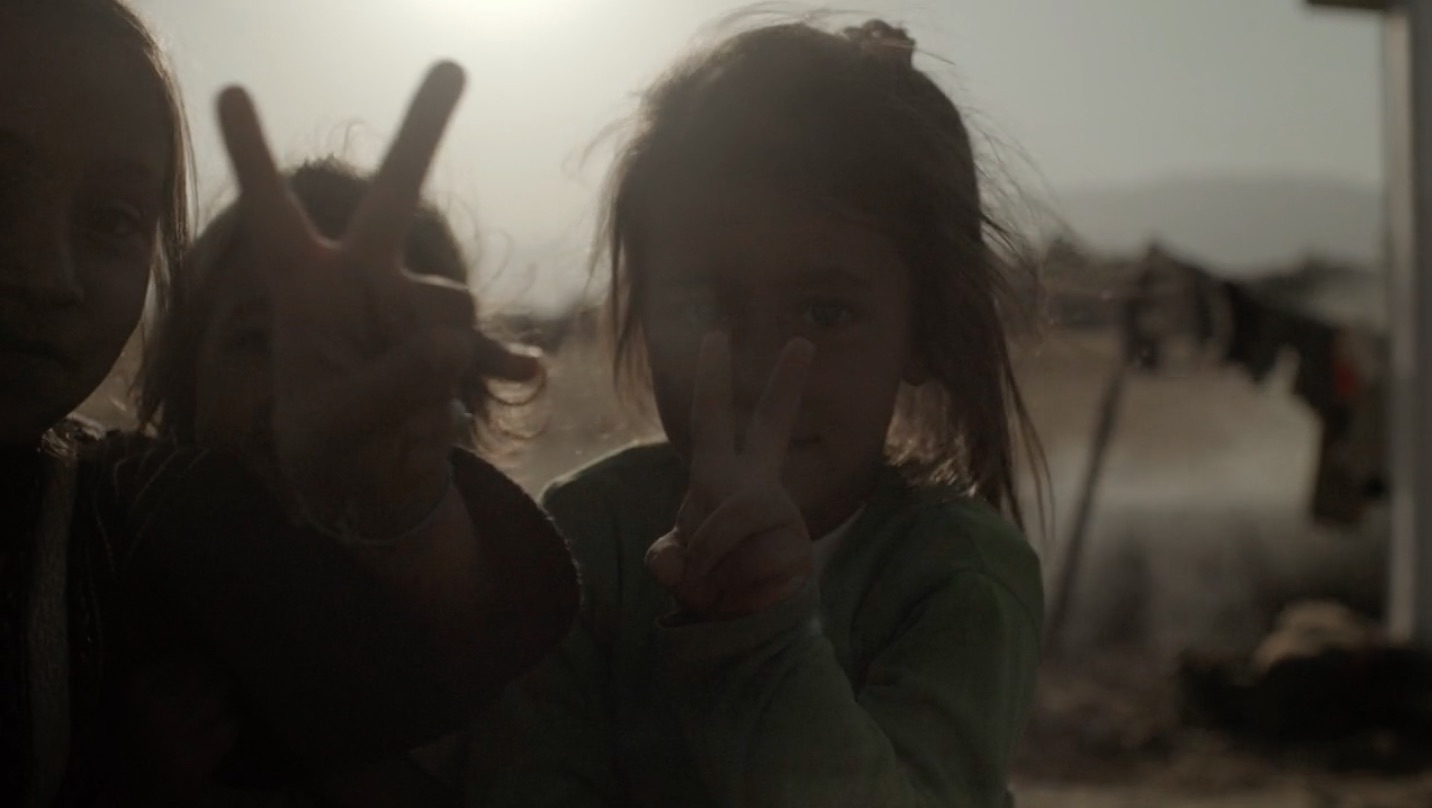 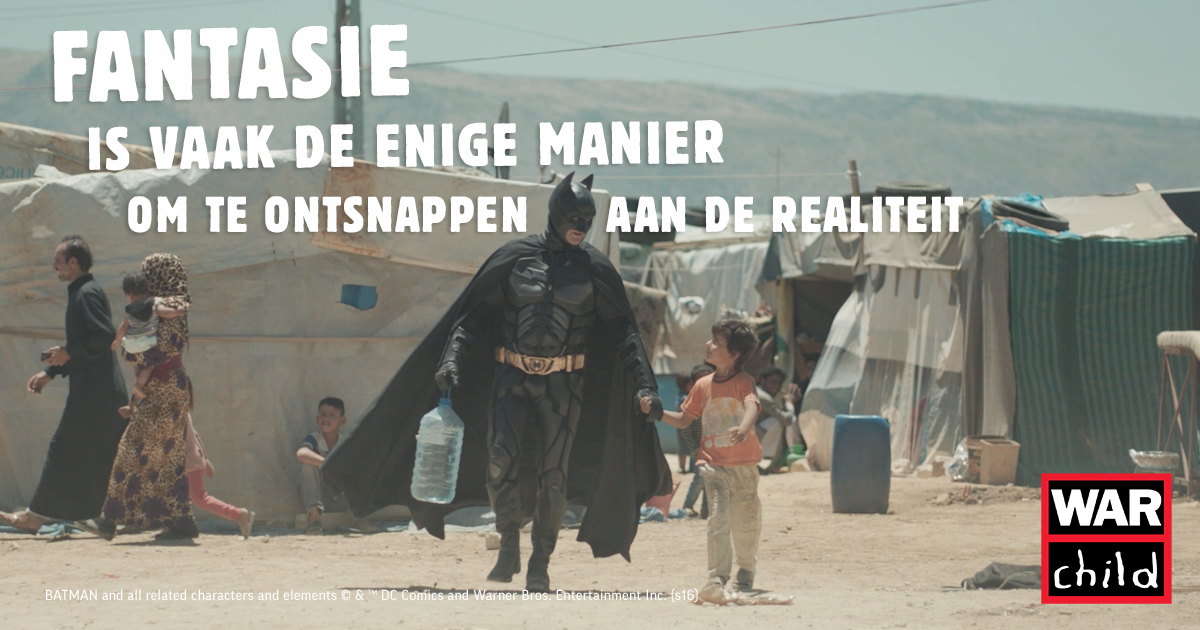 We arrived in Lebanon, ready to try out our ideas for the Batman film. We travelled to a small refugee camp in Lebanon. The camp is enclosed by a giant fence but once inside we were made to feel very welcome. A swarm of children surrounded us. They were very curious to find out why we were there.

“WHO WANTS TO BE IN THE FILM?”

Numerous hands shot up in the air and the children’s eyes lit up. In the shadows we found a place to put our volunteers through their paces. “Pretend to be asleep. Look happy. Look sad. Show us how you would feel if you won an important game.”

One special boy – Kadar* (8) – stood out. He was a little shy but very keen to take part. Kadar stood out for the cool, low-key way he played the games and his ability to show different emotions. He was visibly moved when he was chosen for the lead role.

We also thought we’d found a suitable candidate for the scene with the father. But Kadar had other ideas. He thought it would be much better if he played the scene with his own father. Kadar’s father was delighted to take part.

We slowly got to know Kadar. He told us that he escaped Syria with his father and mother. His brother is still there. He said he’d rather not talk about Syria and the things he has seen. “It breaks my heart,” he said.

In the hotel we tried out the Batman costume. The Lebanese boy we had in mind to play Batman was not quite right for the part. He is tall and thin and has a narrow face. So what to do? “Lex, you try it on” suggests our director Jeroen. Lex, our producer, returns ten minutes later. It’s settled. He is Batman.

We rehearse a dry run of the shoot with Kadar. Without the Batman suit, Lex plays football with the children, puts Kadar on his shoulders and ‘flies’ through the camp. The children laugh themselves silly. Arm wrestling breaks out. It is decided. The following day Lex will put on the ‘Bat-suit’.

The next day it is already warm in the morning. By the afternoon the temperature has climbed to 40 degrees and the suit is melting against Lex’s body. The black makeup under his mask keeps running. I pat his face every ten minutes.

It is Ramadan, so out of respect we eat and drink alone outside the camp. Sweat gushes from the face of our cameraman Gabor but he is unruffled. He wants to capture every scene as beautifully as he can. In the meantime Batman poses for pictures with the parents, the head of the camp and passers-by.

Kadar is a real natural talent. The biggest challenge during filming is to keep all the other children and parents, who are all trying to take a closer look at proceedings, outside the scenes.

In the evening we film the campfire scene. The children happily take part in the filming. We hear on the radio that a bomb attack has taken place in downtown Lebanon and are called by security to return to our hotel. Fortunately the scene is finished and we can leave right away – but not before heading to Kadar’s tent for a cup of the strongest coffee we’ve ever tasted.

The next morning we return to the camp to film the final scene. Our director Jeroen is relentless. The scene is very precise and there are many takes before we get it right. But everybody does it. It’s more than worth it.

Then the clapperboard closes and it’s a wrap. The whole experience was a special adventure, and one with real heroes too.

In 2017 The War Child ‚Batman’ video is awarded with a Golden Lion, a Silver Ciclope, a Bronze ADCN, 2 Bronze LIA’s for Music and Post-Production, and a Silver LIA for production, a Bronze LOVIE, a Silver EPICA and the Golden Radiator!

*Kadar is a pseudonym used for his own safety.